With less than two weeks to go before the scheduled relaxation of the remaining rules, it looks increasingly likely that this will not go ahead. From our perspective we would rather wait a little longer than risk jeopardising what has been achieved so far. More important is the urgent need to develop meaningful travel corridors with those countries that are now safe. We have a number of overseas guests (Europe, the US, Australia amongst others) who are eagerly awaiting the opportunity to come to this country and walk the Thames Path. We are looking forward to welcoming them.

The continued sunshine seems to have dried out the Path in all places except one: the infamous stretch between the old railway line and North Meadow, Cricklade. This, incredibly, is still under three feet of water but can be negotiated by walking around the perimeter of the field. The ground there remains squelchy.

It is finally possible to cross over at Caversham Weir to visit the woodland on the other side. The weir has been closed to pedestrians whilst the hydro project was being constructed. The scheme is approaching completion. A fish-pass has been built as part of the works.

This week a car rolled into the river at Henley! It was parked by the riverside close to Hobbs of Henley where the passenger boats moor. It floated towards the bridge and, within seconds, sank. No doubt the Environment Agency will be fishing it out in due course.

A £500m flood defence scheme received approval this week. The scheme will seek to protect homes in Surrey from flooding with two new flood channels being built alongside the Thames from Staines to Teddington.

Swindon and Cricklade Railway have a number of big events lined up for the summer. The highlight is the return of the Vintage Weekend on 7-8 August when traction engines, vintage vehicles, live music and a beer tent will be on offer.
.
Rabble Theatre have just begun a month-long production of “The Last Abbot of Reading” to be performed in the open air at the Abbey. Tickets can be purchased here. Readers of this newsletter will know that the Abbey is celebrating its 900th anniversary this year. By the way, the last Abbot was Blessed Hugh Farringdon.

The Royal Windsor Horse Show is scheduled for July 1 to July 4. Held in the Home Park in the shadows of the castle, this is a fabulous opportunity to take a break from the Thames Path and experience something different. Tickets must be prebooked.

It was the 400th anniversary of the sailing of the Mayflower last year and celebrations were impaired by Covid. Yesterday, June 11, a copy of The Mayflower Compact was delivered to the Houses of Parliament, having been brought here by Excelsior, a sail training vessel. The Excelsior is to remain outside the Mayflower pub in Rotherhithe for 48 hours. 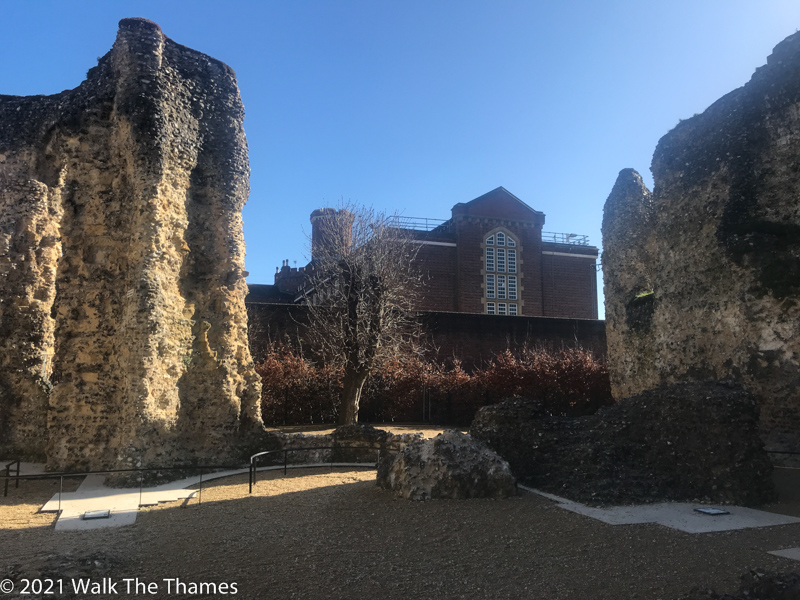 Some brief updates on accommodation along the Thames Path:

The Shepherds Huts at the Cotswold Sculpture Park in Somerford Keynes have reopened.

We received favourable feed back from walkers on a couple of bronze hotels:  The Bull at Streatley and the Warren Lodge at Shepperton. Both were praised for their value for money. By the way, the Warren’s sister hotel, The Anchor, is closed.

We reported recently that the George at Eton seems to have not re-opened. Apparently they are taking this opportunity to refurbish.

We understand that Rafayel on the Left Bank (which is actually on the right bank in Battersea) has re-opened. However we are not putting it on the route planner until we’ve made a visit. 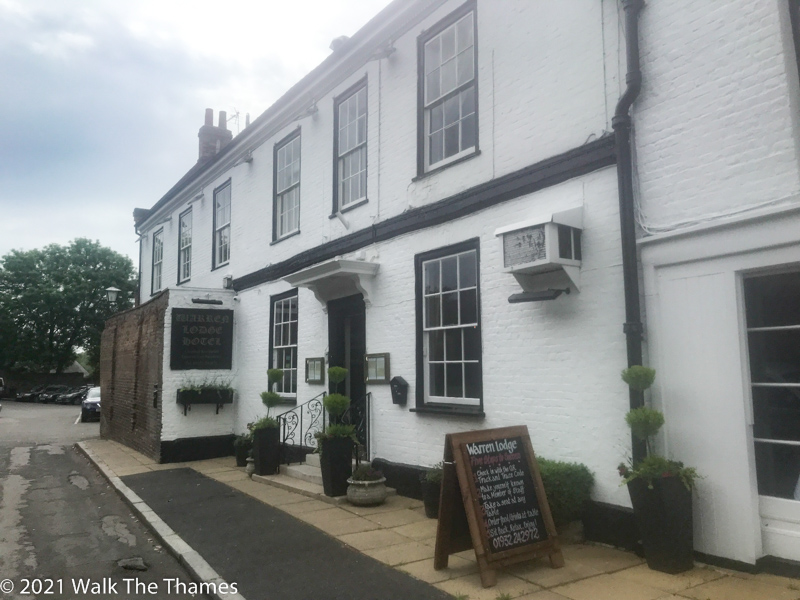 Earth Trust are looking for outgoing and knowledgeable local people to serve as community ambassadors. More information can be found here. Earth Trust manages stretches of land on the Thames Path between Clifton Hampden and Wallingford.

And another volunteering opportunity is available with the Thames Catchment Community Eels Project which is aimed at training volunteers to monitor eel levels in the various tributaries of the Thames.

Bray Film Studios, which is seen across the river from the Thames Path between Maidenhead and Windsor, has applied for planning permission to expand their site. The site was nearly turned into housing a few years ago but the current owners want to significantly ramp up film activities with new sets. Did you know that Rocketman, was filmed there?

A protective screen has been built around the Banksy which myseriously appeared on the walls of Reading Gaol earlier this year. The mural depicts Oscar Wilde escaping down a rope with a typewriter. The Gaol is just a few yards away from the river and next to the Abbey ruins.

This week we supported walkers as far down the Path as London which gave us the opportunity to revisit Isleworth, a real gem on the left bank between Richmond and Kew.

On a different note there are some beautiful flowers out at the moment and here are some of our favourite pictures.  Clockwise from top left: Flax/Kinseed; North Meadow, Cricklade; Comfrey; Knapweed.

Double congratulations to Tom and Vanessa who completed the entire Thames Path in just 7 days whilst raising awareness for Addison’s Disease and money for the Addison’s Disease Self Help Group charity. We say “double” because Tom proposed to Vanessa on reaching the barrier! If you would like to donate, please visit their Justgiving page. 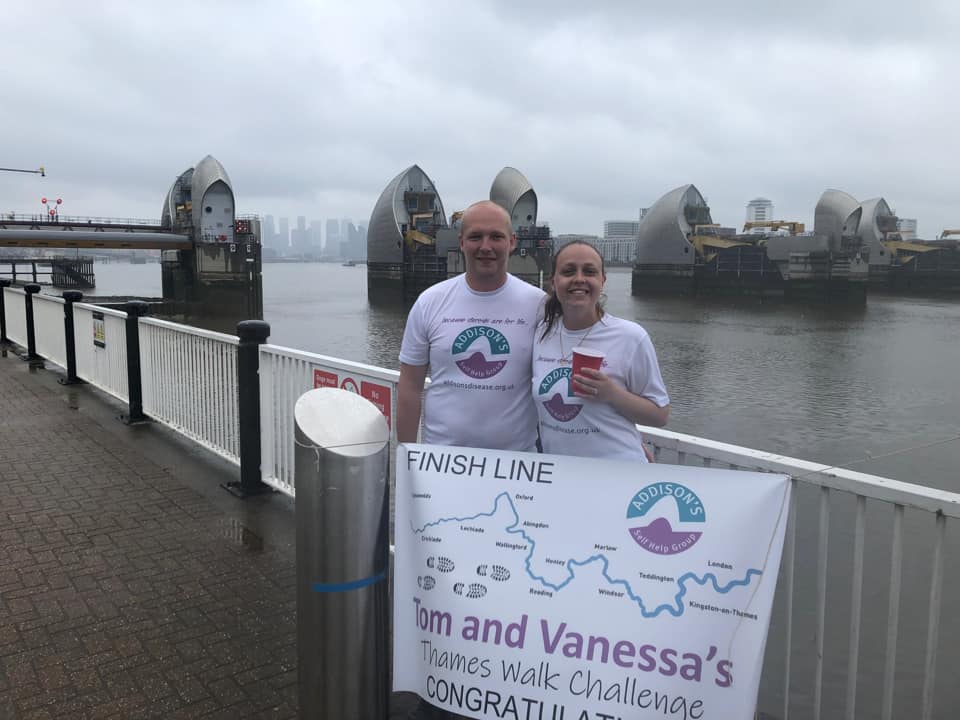 Bye for now and hope to see you on the trail!