This itinerary starts at the source of the Thames in Gloucestershire and works its way down through arable and pasture lands of the Cotswolds reaching its terminus at the university city of Oxford. The walk is completely flat but can be wet/muddy underfoot.

The Path is well signposted and follows the riverbank almost all of the time.

Apart from Lechlade (Day 1) and Cricklade (Day 2), there are very few shops. However, lunches can be obtained from many pubs along the route. 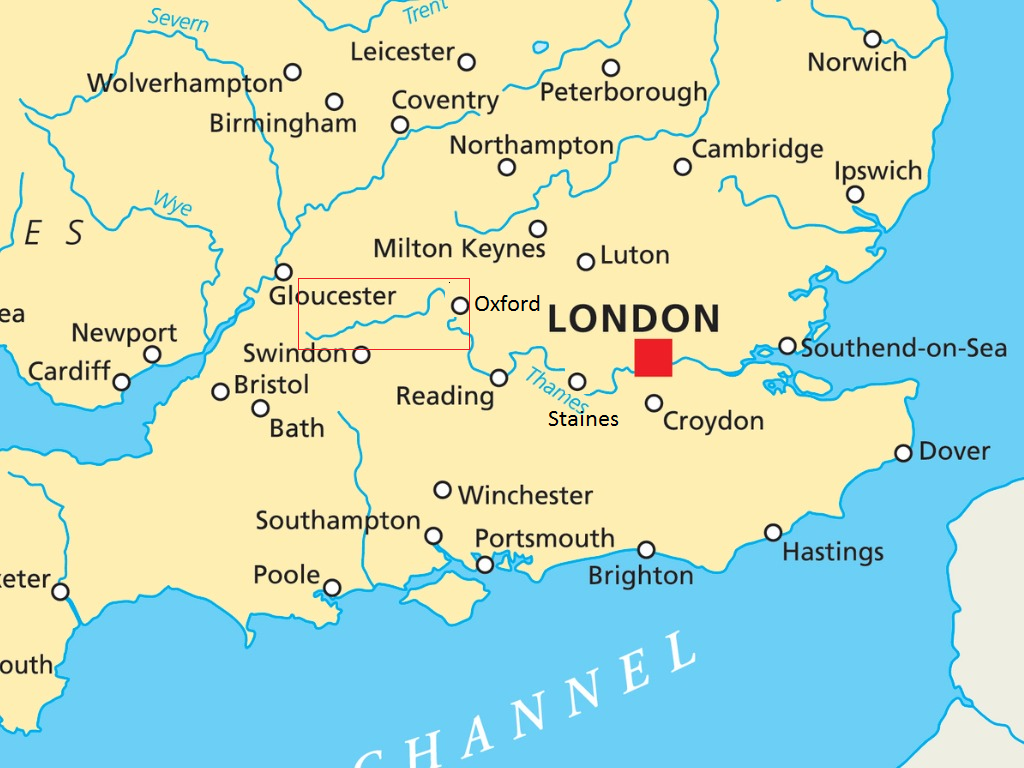 Arrive at your leisure at the Thames Head Inn near Kemble. If you wish, you can take a stroll in the afternoon up to the source of the Thames and back again (round trip 1.4 miles). This will save you some time tomorrow. Enjoy a hearty dinner in the hotel’s restaurant. 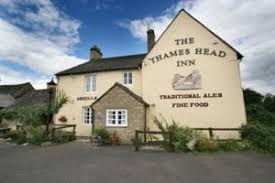 If you did not take a pre-dinner stroll to the source yesterday, you will set off today to find the source of the Thames. It’s quite possible that you won’t see water for the first mile or so. If there is water, it will just be a trickle running through the many fields.

At about half way the landscape changes as you enter the Cotswold Water Park where disused gavel pits have been turned into a number of lakes, the path threading between them. Pause to observe the many birds.

After 7 miles you reach Ashton Keynes which is a useful place to stop for lunch. There is a pub and a shop. Beyond the village you will pass by more lakes until, shortly before Cricklade, you will walk through the meadows of North Cricklade National Nature Reserve where wild flowers will be in abundance, particularly in spring and early summer.

Cricklade is a small town with plenty of facilities to recharge the batteries after a longish first day of walking. There are shops, pubs and restaurants.

The river runs past the end of the High Street. Your hotel will be The Red Lion, a 16th century Inn, which is conveniently at the “river” end of the High Street. The inn has its own microbrewery and a delightful beer garden at the back. There is no food service on Sunday evenings but there are plenty of independent restaurants in town.

Almost directly opposite the Red Lion is St Mary’s Church. The building was  leased from the Church of England in 1984 and, since the building predates the Reformation, its the oldest Catholic church in England. The building was founded nearly 1,000 years ago and has a fine 12th Century Chancel Arch .

You have now left the water parks behind and, instead, you will follow the river almost all the way, passing through arable and pasture fields. After 4.5 miles you will reach the small village of Castle Eaton where you can get lunch at another Red Lion! – unless you bought sandwiches from Tesco in Cricklade.

After Castle Eaton you temporarily leave the Thames as you walk through farmlands. To your left, on the other side of the river, is RAF Fairford. So don’t be surprised if you see something spectacular in the skies.

Shortly before you reach your destination you will pass the hamlet of Inglesham which has a Grade I listed church and is open to visitors, as well as the town of Lechlade where the poet Shelley wrote “A Summer Evening Churchyard”.

Kelmscott is a quintessential Cotswold village. It was also home to the famous textile designer and writer, William Morris, (1834-1896). He is buried in the graveyard of nearby St George’s. The home is temporarily closed for conservation and improvement.

You will stay at the Plough, right in the heart of the village. Enjoy a pre-dinner drink in the garden before your evening meal which can be taken in either of the pub’s two restaurants.

This is the wildest stretch of the River Thames. You will pass Radcot Bridge, the oldest bridge on the Thames and scene of a famous battle in 1387.  The Path continues on the other side of the river until you reach Tadpole Bridge where you can indulge yourself in lunch at the Trout.

The afternoon walk to Newbridge is a delight: passing through Chimney Meadows Nature Reserve where fields, once planted with wheat and barley, are now colourful species-rich wildflower meadows. The Thames Path leaves the natural Thames for a shortwhile following Shifford Cut, a man-made passage built to ease boat traffic.

Newbridge is the second oldest bridge across the Thames – which is presumably why it is called Newbridge. Here the River Windrush, which flows through the Cotswolds further north, meets the Thames.

You will stay at The Rose Revived where Oliver Cromwell ordered a tankard of ale and placed in it a drooping rose that he had been wearing. You can probably guess what happened next!

For dinner, you can either eat at the hotel or try the recently re-opened Maybush, on the other side of the river.

The walk continues on the left bank of the river. After 4 miles you reach Bablock Hythe where the path used to cross to the other side by way of a ferry. All that remains now is the pub – although it might be a bit early for lunch.

After a further 4 miles you will see Swinford Bridge, a toll bridge that is governed by its own Act of Parliament. The bridge costs 5p for vehicles.

For a while you will walk alongside Wytham Woods before the Thames turns sharply south at Kings Lock with Oxford its target.

Before reaching Oxford you will pass Godstow Lock with yet another Trout pub, which makes a convenient place for lunch, as well as the ruins of Godstow, a Benedictine Abbey founded in 1133.

There is one more potential refreshment stop between you and Oxford, The Perch at Binsey, before walking the final 1.5 miles to complete your journey at Osney Bridge, Oxford.

You will leave the Path at Osney Bridge, the gateway to Oxford, the centre being about a half mile from the bridge. Oxford is the oldest and most celebrated university town in Europe.  It is also home to J R Tolkien, Cardinal (now Saint) John Neumann and Harry Potter!

Oxford is a place to linger. And you don’t need to dig deep to enjoy. Highlights are Christ Church cathedral, Christ Church college founded by Cardinal Wolsey, the Bodleian Library which houses every single book ever published in the UK, Magdalen College, the Radcliffe Camera, and the Ashmolean Museum (free admission).

You will stay either at The Buttery or Bath Place, both hotels being in the heart of the old University, handy for sightseeing and restaurants.

Prices inclusive of bed and breakfast plus baggage transfer between hotels. A map and guide book is also included. You will have unlimited access to our local team in the event of difficulties.

Rest days can be purchased but prices vary depending on category of hotel.