COP26 has featured heavily in the news this week so we thought it appropriate to highlight a local environmental issue that has been debated in parliament this week: wet wipes. Wet wipes are single use plastics and are the most common item recorded on the Thames foreshore. Fleur Anderson, MP for Putney, introduced a “Ten Minute Rule Bill”, to ban the use of plastic in wet wipes.  Quite how they end up in the river is a separate issue which we will save for another day. The bill passed and will go on for a second reading later this month. For more information, please visit Thames21 who have been campaigning for this.

The changing weather is slowly but surely making its mark on the Thames Path. First to go is the section between Hailstone and Cricklade (just before North Meadow). This now seems to be impassable and we recommend taking cycle route 45 (the old railway line) into Cricklade.

A series of trees fell at Shifford Lock during last weekend’s storms. The Path is closed from the wooden bridge at Chimney (where the path crosses from the left bank to the right bank of Shifford Cut ) up to and including the bridge at Shifford Lock. We recommend diverting at Ten Foot bridge and taking footpaths through Duxford . Further details can be found on our Facebook Group . There are also trees down on the Path as you approach Abingdon. They can be climbed over.

And speaking of Duxford (which is off the Thames Path, the Path following Shifford Cut), one would expect the ford to be impassable at this time of year. In fact, it has been impassable for some months as a fish pass is being built here. We passed by here this week and were quite distressed at the amount of devastation. See before and after photos.

Kudos to the local farmer on the approach to Clifton Hampden who has moved his fence back 3m as the river bank is eroding there.

A reminder that from November 8-19, the Path will be closed between Leg O’Mutton Nature Reserve and Hammersmith Bridge at Barnes due to felling of dangerous trees. You will need to follow Lonsdale Road which will take you to The Bridge Hotel and then Castelnau to Hammersmith Bridge. Alternatively choose the left bank option.

Dorchester Abbey is hosting the OSJ Oxford Voices on November 20 for an evening of Faure, Saint-Saens and Schubert. Tickets can be purchased here.

Hogarth’s House in Chiswick has had to close due to essential maintenance. And staying with Hogarth, an exhibition of his work has just opened at Tate Britain. The gallery is passed if walking on the left bank of the Thames just past Chelsea.

Another house that is currently closed is Kelmscott Manor. Their website gives no indication as to when they will re-open. However, we understand they are actively recruiting a Visitor and Volunteer Manager, so fingers crossed!

A new exhibition at the Stanley Spencer Gallery is opening on November 4 entitled “Mind and Mortality, Stanley Spencer’s Final Portraits”. It focuses on some of his work as the artist approached the end of his life in 1959.

The Museum of London Docklands, part of the Museum of London, has a new exhibition entitled London: Port City, exploring how the port shaped the city, its people, places and language.  The exhibition is free and runs until May 2022. The museum can be found close to Canary Wharf on the left bank of the Thames.

Goring Gap Wildlife are hosting a series of owl photography workshops throughout November and December. The workshops are held in a private garden near Didcot, Oxfordshire and feature Barn, Tawny, Long-Earred and Little Owls.

For a list of scheduled events and festivals, see our events page. 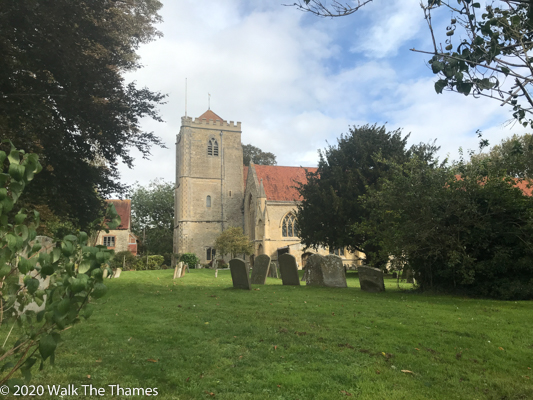 Most walkers start their Thames Path journey at the source having walked up from the Thames Head Inn. But have you ever wondered what lay beyond the source? We took a few hours to find out.

A third of a mile north of the source via public footpath are the remains of the Thames and Severn Canal. This canal once linked Lechlade to the Severn River via Stroud, thus providing a link from London to the all-important port of Bristol. This link became less relevant following the completion of the Kennet and Avon Canal, and then the Great Western Railway. The canal explains why Lechlade is considered the start of the navigable Thames. 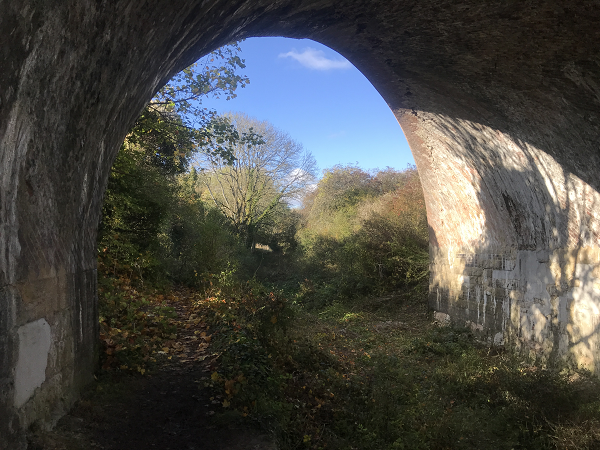 Today the canal is in disuse. Restoration work is in progress in parts but it will require a herculean effort to get it working. From just above the Thames Head, its remains travel north-west towards Sapperton. A footpath follows its tracks.

For half a mile, the path is as overgrown as the canal. But then, as you pass under the Swindon – Gloucester line (which also takes in Kemble!), the canal becomes more distinct and the path broader until you reach one of the most interesting spots not on the Thames Path – the entrance to Sapperton Tunnel!

At 2.2 miles, Sapperton Tunnel was the longest canal tunnel in the country when it was completed in 1789. It passes under the high ground of Hailey Wood before exiting a few miles east of Stroud, Its entrance is well worth seeing.

Alongside the entrance is the Tunnel House Inn which, until recently, was a working pub with rooms. On a social media statement the inn closed “as we are unable to come to an agreement with the landlords that would have enabled us to continue trading”, which sounds code for the rent was too high. The Inn once housed the workers who built the tunnel.  What a shame! Imagine starting your Thames Path journey here and walking along the canal to the source – albeit slightly further than the Thames Head Inn.